What else is there to do?

Montseny, Reserva de la Biosfera is a mosaic of Mediterranean and Central European landscapes located next to large metropolitan conurbations.
Its extraordinary biodiversity and the cultural footprint that man has left over time, present a universal value that has inspired artists, intellectuals and scientists, and that reveals the emotion of the people who visit it. 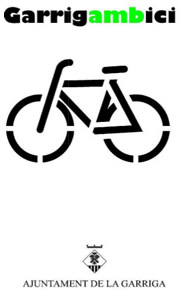 La Garirga has 2 cycle routes as well as numerous other paths ideal for cycling. The Visitor Centre itself is situated right on the Congost cycle route, which leads right to the beach at Sant Adrià del Besòs. You can download the map of La Garriga cycle routes.

This was founded in 1969 as a private foundation managed by a board responsible for running the foundation. The building serves as a museum, a study area, a library and an archive and contains some important items.

The library houses more than 5000 volumes specializing in art, literature, history and religion. These are from Mauri’s own personal colletction, newly acquired by the Foundation.
The archive has more than 800 scrolls and various other accessible items. The photograph collection contains more than 90 000 photographs, the majority of which are of La Garriga and some 2000 photographic plates from various collections. It boasts an impressive artistic legacy, consisting especially of religious imagery, Baroque painting and furniture from various periods, as well as a fine example of local archeology. +MORE INFORMATION. 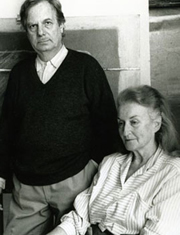 The Fornells-Pla i Conxa Sisquella Foundation is a private non-profit organization founded by the artists Francesc Fornells-Pla and Conxa Sisquella in 1993. The aim of the Foundation is to preserve, study and publicize the works bequeathed by Francesc Fornells-Pla and Conxa Sisquella.
The Foundation’s mission statement also includes the promotion of culture, particularly contemporary art.
The Foundation thus organizes regular art exhibitions featuring both the work of the two founders and the work of other contemporary artists, as well as other cultural events such as dialogues, conferences, recitals, etc.
As well as this, the Foundation actively promotes other cultural events which arise in the area. + MORE INFORMATION.